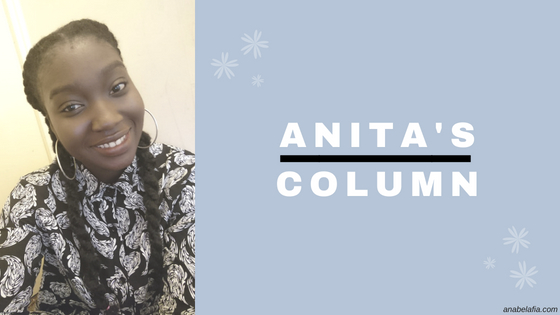 In one of our youth meetings, we were discussing identity and somehow, we ended up discussing appearance in general and dreadlocks. Since that day, Anabel and I thought it would be something interesting to look in to.  Personally, I don’t see how having dreadlocks can hinder your worship or relationship with God but of course, I may be wrong.

Now, we all know that hair is a part of us that you can change.  Just a small change to your hair can make a huge difference to our appearance. This change can make you look unrecognisable or just simply enhance your appearance. However, from this same hair, you can make assumptions about an individual (I’m sure we’ve all done one way or another).

The history of deadlocks is more fascinating than I anticipated.  According to history, deadlocks have been around since 2500 BC.  Hindu scriptures note that one of their gods called Shiva and his followers wore dread although, this style was first discovered on some Egyptian mummies who had the dreads still attached to their head by archaeologists (1). Ancient Romans, Vikings, Nazarites and many more also rocked this style (1). From this, we can see that dreadlocks are worn by various cultures and not just one.

Dreadlocks are commonly associated with Rastafarianism. Rastafarianism is a religion that started in the 1930s by Jamaicans (1). It all began when the emperor of Ethiopia, Ras Tafari (also known as Haile Selassie) vowed not to cut his hair whiles in exile which led to the formation of dreadlocks (1). His followers considered him to be ‘God’ and believed that he was the second coming of Jesus Christ (2). On top of this, dreadlocks are also usually associated with the use of marijuana which can influence people’s view of dreads. This could potentially lead to stigmatisation and fuels the preconception of dreadlocks furthermore.

End of the history lesson.  Now, when you think about dreadlocks, who is the first person that pops into your head?  Let me guess. Was it Bob Marley? Am I right? Most of us probably think of him when we think about dreadlocks. Bob Marley was a well-known Rastafarian who made dreadlocks mainstream as well as Rastafarianism due to his reggae music (1). These days, dreadlocks are worn for various reasons. They can be worn as a fashion statement, for spiritual reasons, and for many other reasons.

Have you ever considered that the strongest man in history possibly could have had dreadlocks? Samson was a Nazarite who was not supposed to use a razor on his head as part of the Nazarite Vow. Numbers 6:5 ESV states “All the days of his vow of separation, no razor shall touch his head. Until the time is completed for which he separates himself to the Lord, he shall be holy. He shall let the locks of hair of his head grow long.” Samson’s hair was the source of his strength until Delilah cut it off (Judges 16:1-22 ESV).  From reading the scripture we can see that Samson had ‘seven locks/braids’ on his head. Some people imply that Samson had dreads. What do you think?

So, does God care about the hair on your head? Since the hair on our head is numbered, surely this shows that God cares about you (even the little details that you might overlook). Essentially, it would be okay for a Christian to have dreads however, there are things that you need to consider.

Firstly, the motive and intention behind why the person wants and/or has the dreadlocks need to be examined.  It is important to note that as humans, we look at the outward appearance but God looks at the heart (although, that doesn’t mean that God doesn’t care about how you present yourself). If your intentions of having dreadlocks are pure then proceed.

Secondly, as Christians, the focus should be mainly being on the internal rather than the external. 1 Peter 3:3-4 ESV states that “Do not let your adorning be external—the braiding of hair and the putting on of gold jewellery, or the clothing you wear— but let your adorning be the hidden person of the heart with the imperishable beauty of a gentle and quiet spirit, which in God’s sight is very precious.”   From this, we can conclude that the issue of having or wanting dreads is a trivial matter, there are other issues which have greater significance.

Finally, Romans 14 has a lot to say in regards to this issue. At the end of the day, the question of having or getting dreadlocks is between you and God. You shouldn’t feel judged by people if the Holy Spirit approves of you having dreadlocks. If you are personally convicted not to have dreadlocks, then please don’t condemn those who do but rather show love to those who do. If God has not judged you about having or getting dreads, then why should man?

Ultimately, you’re responsible for your action. Do what the Holy Spirit leads you.

Hello, my name is Anabel and I am 25 years old. I love introducing myself to people (especially because I love telling people my name). I love God and I love talking about women, Africa and education and food. This blog is about everything though so yeah. View all posts by AnabelAfia

Delight yourself in the Lord and He will give you the desires of your heart.